Bootbuddy was the idea of an 11 year old boy (Arminder Dhillon) who was fed up with his Mother constantly telling him to clean his football boots so he came up with the idea to combine a water bottle, a brush and a scraper to create a unique product to clean his boots, that could be used at the side of the pitch before the mud had a chance to dry. Ingenious!
Arminder created some drawings, which we discussed and with the fantastic support of his parents, I visualised the design into the functional form shown. Portability was key and though the design was created with football boots in mind, we quickly realsied that the potential market was much greater and would work with wellingtons, walking boots, work boots or in fact any boots where you do not want to bring mud back indoors or into your car. 'Keep the outdoors outside'.
Holding 300ml of water, the BootBuddy quickly and efficiently cleans mud from your boots by gently squeezing the body and lightly brushing. Each squeeze releases a small amount of water, thus the flow of water can be controlled with minimal wastage. A scraper to the rear removes mud from grooves in the sole or from around studs, a non-return valve (now not in the production model) keeps the water inside clean and a lock to the cleaning head prevents unwanted leaks. The rear cap un-threads allowing simple filling from any water source.

The development progressed through a series of concept designs of varying complexity and was critiqued down to a unique form defined by user centred need. The shape of the bottle is specific, allowing smaller hands to squeeze across the rear and larger hands to squeeze across the front. Trials for volume of water were conducted and including an integral valve (now not in the production version), 300ml was deemed sufficient to clean a pair of very muddy boots.
To prove the design, I printed an initial part functional prototype from the digital data and assembled using an off-the-shelf brush and valve that enabled a near full test for ergonomics, usability, water volume and cleaning functions. The digital data set was then passed to Gemini Prototypes to engineer a pre-production sample with a prototype blow mounded water container and brush developed to near production. On the success of this, full production tools were then commissioned.

One year from launch after selling nearly 10,000 units, BootBuddy went on to successfully attract the investment of 3 Dragons and £60,000 from the BBC's Dragons' Den programme and Arminder became the youngest ever to enter the Den. The design form, functions and Trademark is Registered and Patented in many countries aound the globe and to date, they have sold more than 250,000 units. 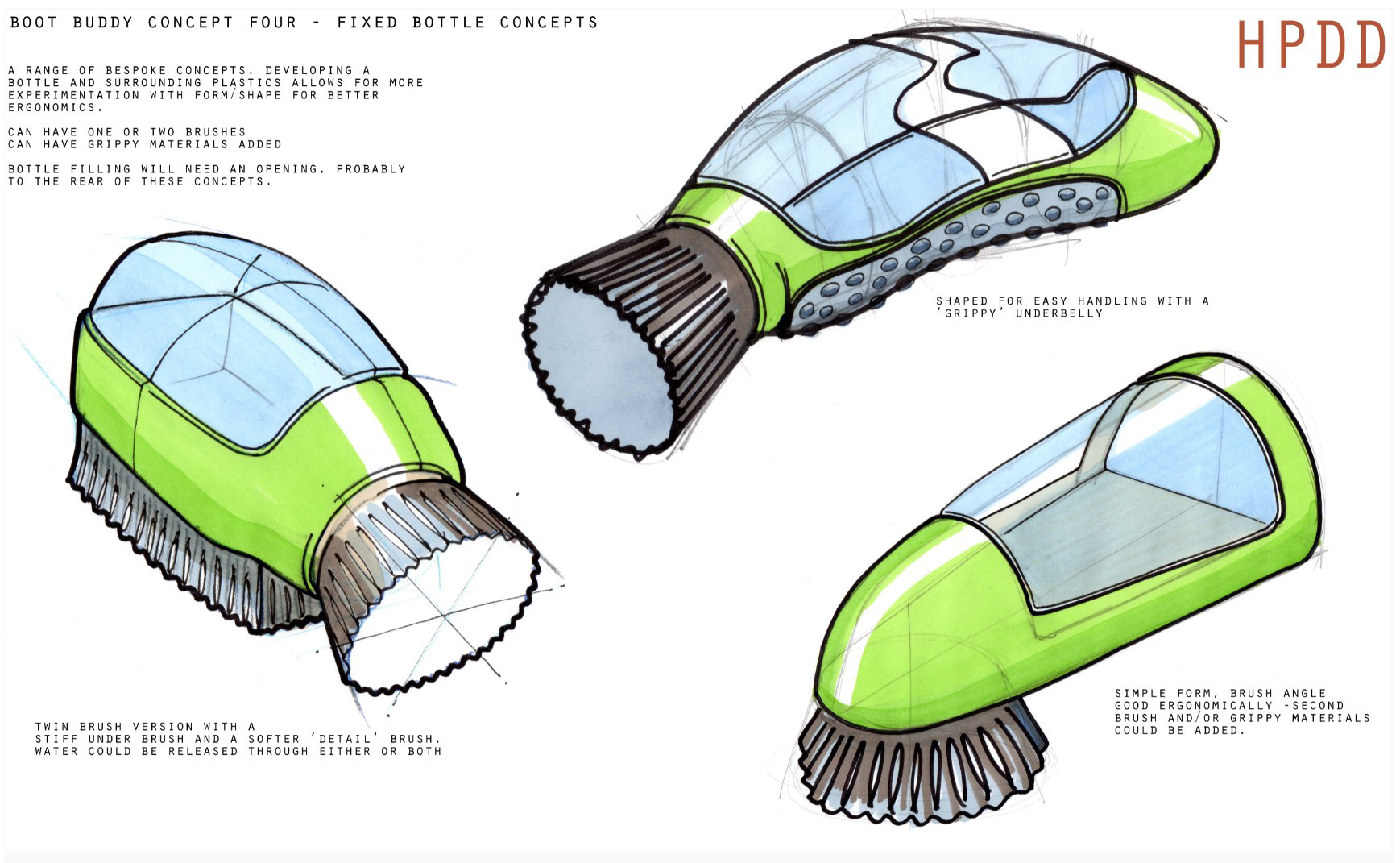 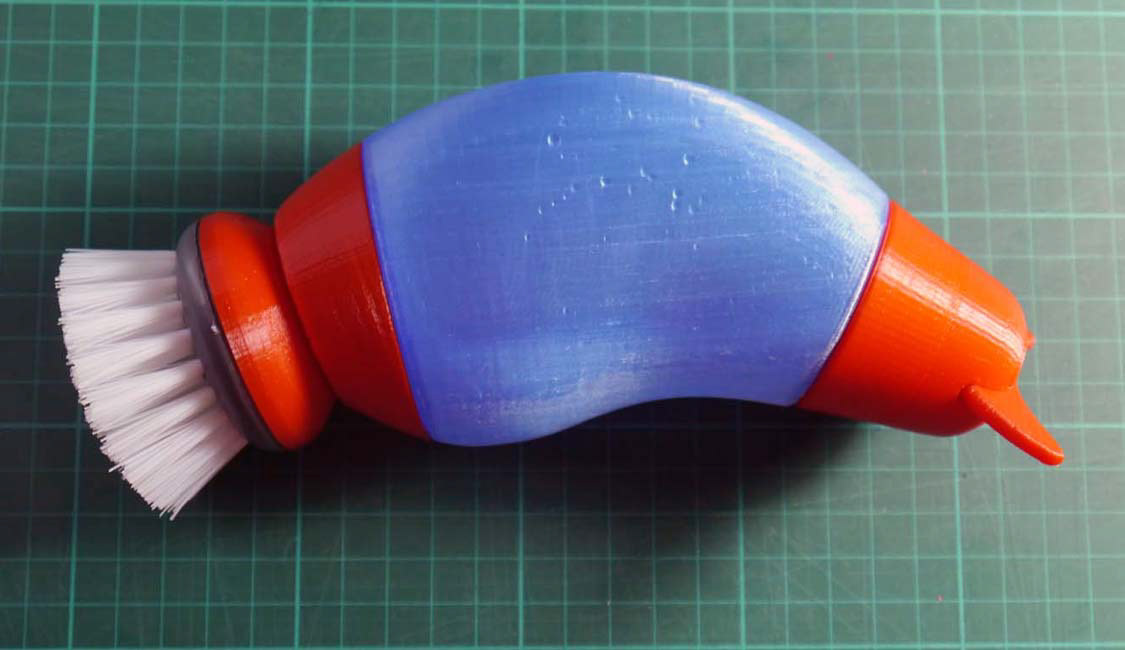 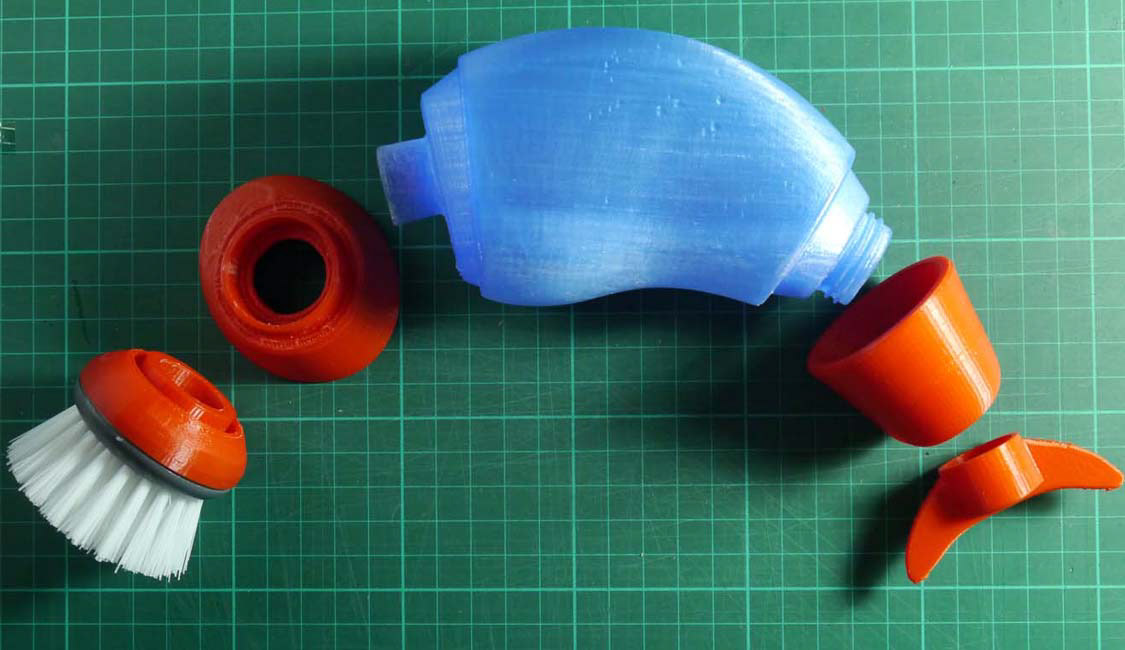 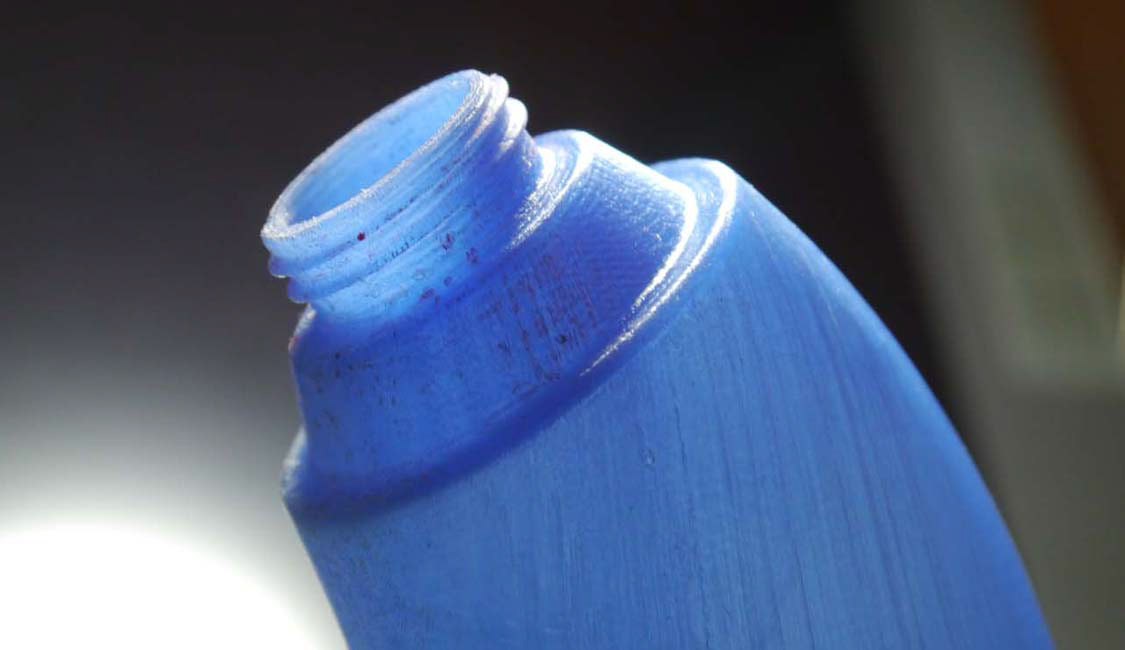 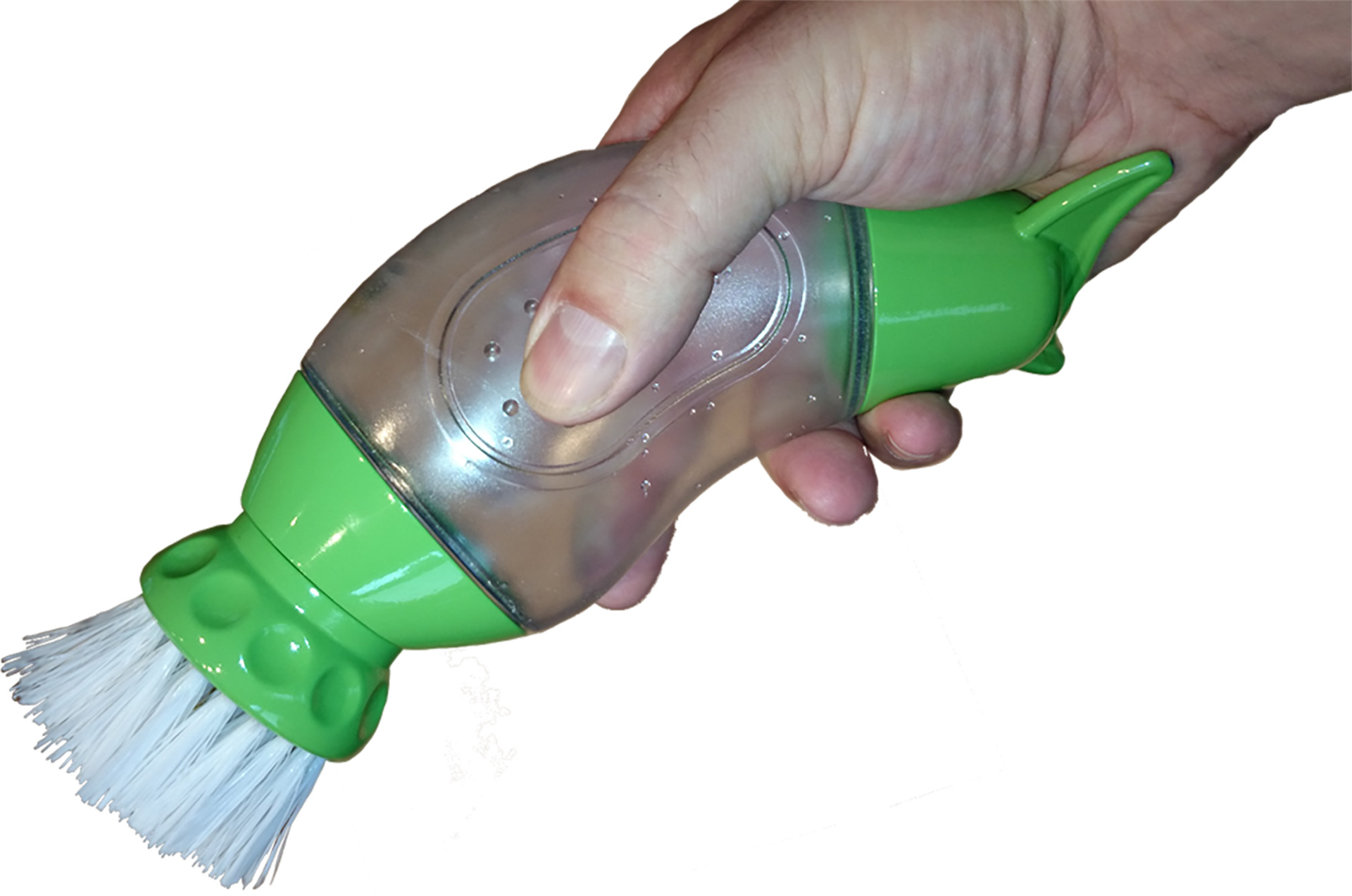 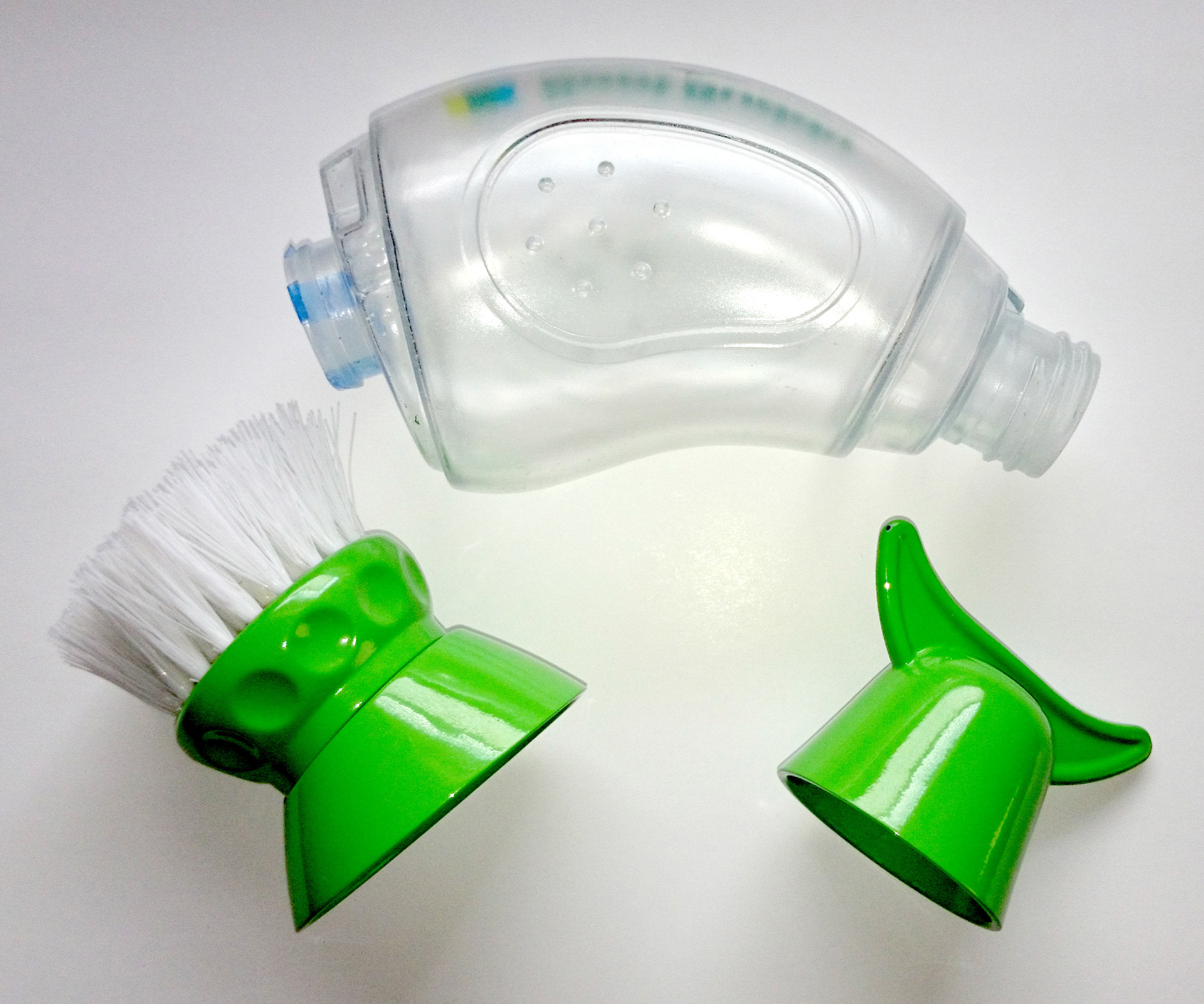 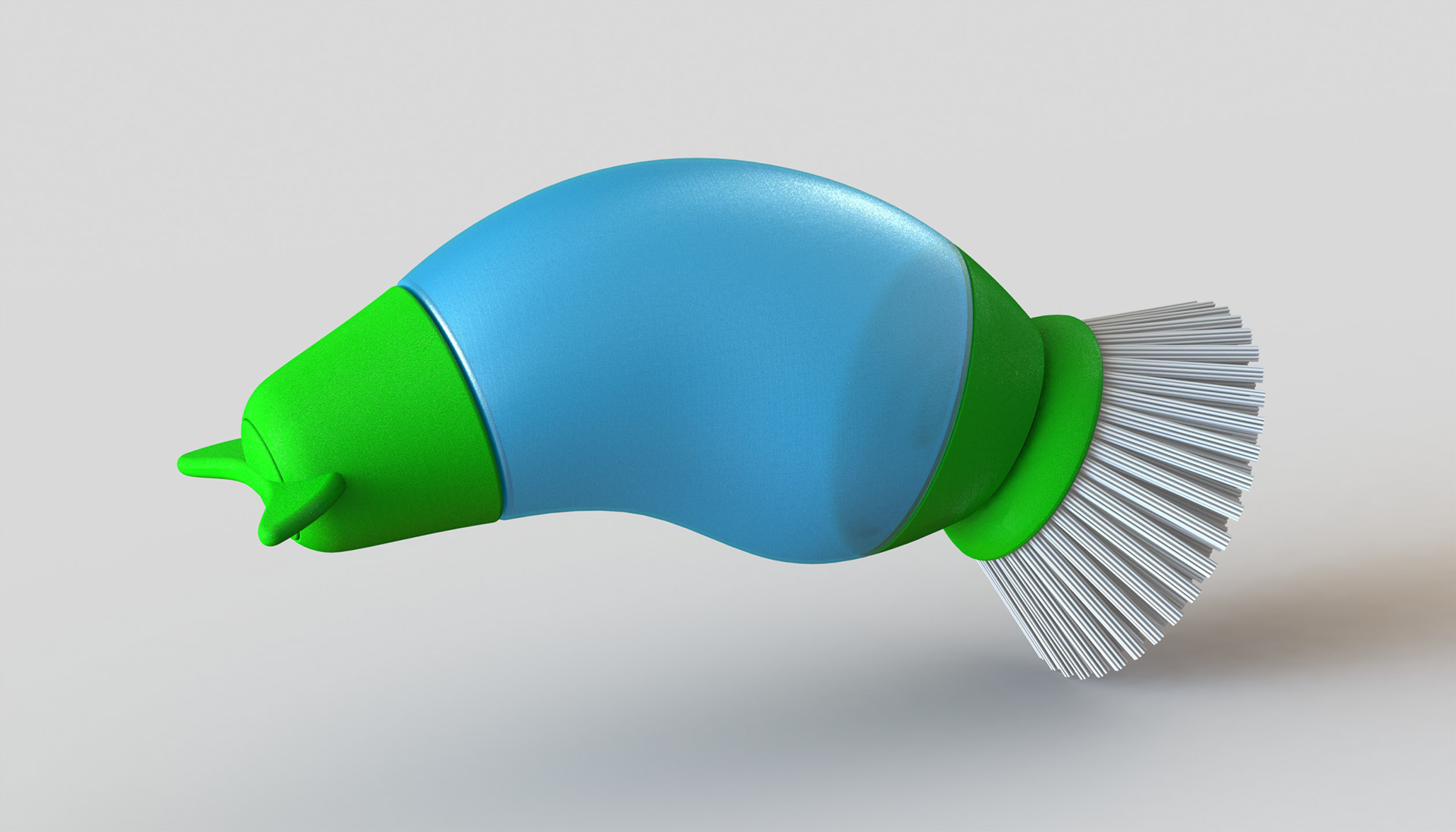 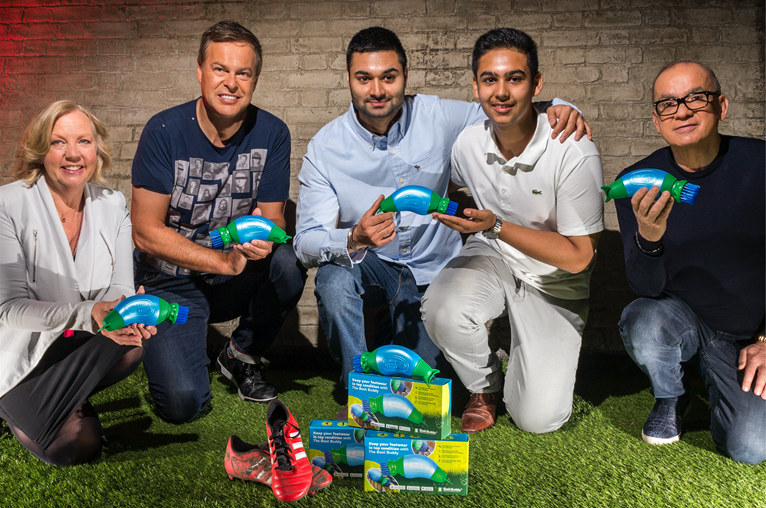